Have you ever wondered why some dogs bark in front of a TV at a displayed animal, whereas others seem to not even record the sounds coming from it?

Common scientific knowledge states that dogs can not perceive movements (i.e. interpret contents) on a screen,  because their visionary perception functions at a faster frequency range (>75Hz), making videos displayed at 50-70 Hz look like rapidly flickering pictures. Nevertheless, experiential data suggests otherwise. Also modern TV screens with higher frequency pictures (+- 120Hz) seem not to grab the attention of every dog! While some happily bark at the moving squirrel, others show no reaction whatsoever. So how comes that some dogs perceive the very same stimulus that others don’t? My research suggests that this phenomenon is not merely explainable by the frequency range.

In neuroscience, general adaptability (i.e. plasticity) has been shown especially in cases of neurological degradation as a result to disease or damage to certain regions of the brain. Even through learning, structural brain adaptation can be observed. For example, are the sensory motor regions for the digits (fingers) found to be of increased size and connectedness in a professional pianist compared to a non-piano player. Also blindness and deafness cause sensory adaptations by way of physical, cortical alterations as well as functional recruitment (i.e. outsourcing) of alternative networks and cortical regions. There are many more examples in science that prove the continuous plasticity of the brain in everyday life.

If we accept the brain as a plastic organ that alters its functions and even structures according to environmental demands, we understand how learning takes a large part in its development. And this, I suggest, is exactly the case in the perception of dogs.

Dog noses are one of the most fascinating organs in the animal kingdom. Their olfactory epithelium contain manifolds the number of chemoreceptors (ca. 20-40 times) than those of humans, making canine smell detection exponentially stronger (10’000-100’000 times). This, however, varies greatly depending on the dog’s structure of the nasal cavity (snout). Thus, a dog breed with a relatively smaller snout (e.g. a Pug) might have a far lower acuity of odor detection than for example a scent-bred German Shepard, affecting each dog’s perception in a great manner. Since perception is vastly learned and inner-sensory connectivity developed with the use, experience and reliance on sensory organs during a lifetime, perception becomes an individualized and personal characteristic on a structural and functional level. Thus, while one dog might learn to rely on his nose more than on his vision (eyes) or audition (hearing), the brain will adapt accordingly and make this dog „see“ with the nose better than with his/her other sensory organs. Of course this phenomenon works bidirectionally, also in the deployment of other other sensory organs than olfaction (smell).

This hypothesis not only explains why some dogs react differently to external stimuli than others, but it also opens great opportunities when it comes to dog training and appropriate care. 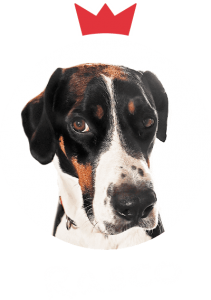